The 10th Jamboree was successfully held on November 7th (Thu)

On November 7th (Thu), Jamboree, the 10th conference of College of Biotechnology and Bioengineering, was successfully held at the Auditorium, B1, Samsung Library. The event consisted of a variety of programs including presentations by the five teams on the finals, an invitational lecture and prizes. 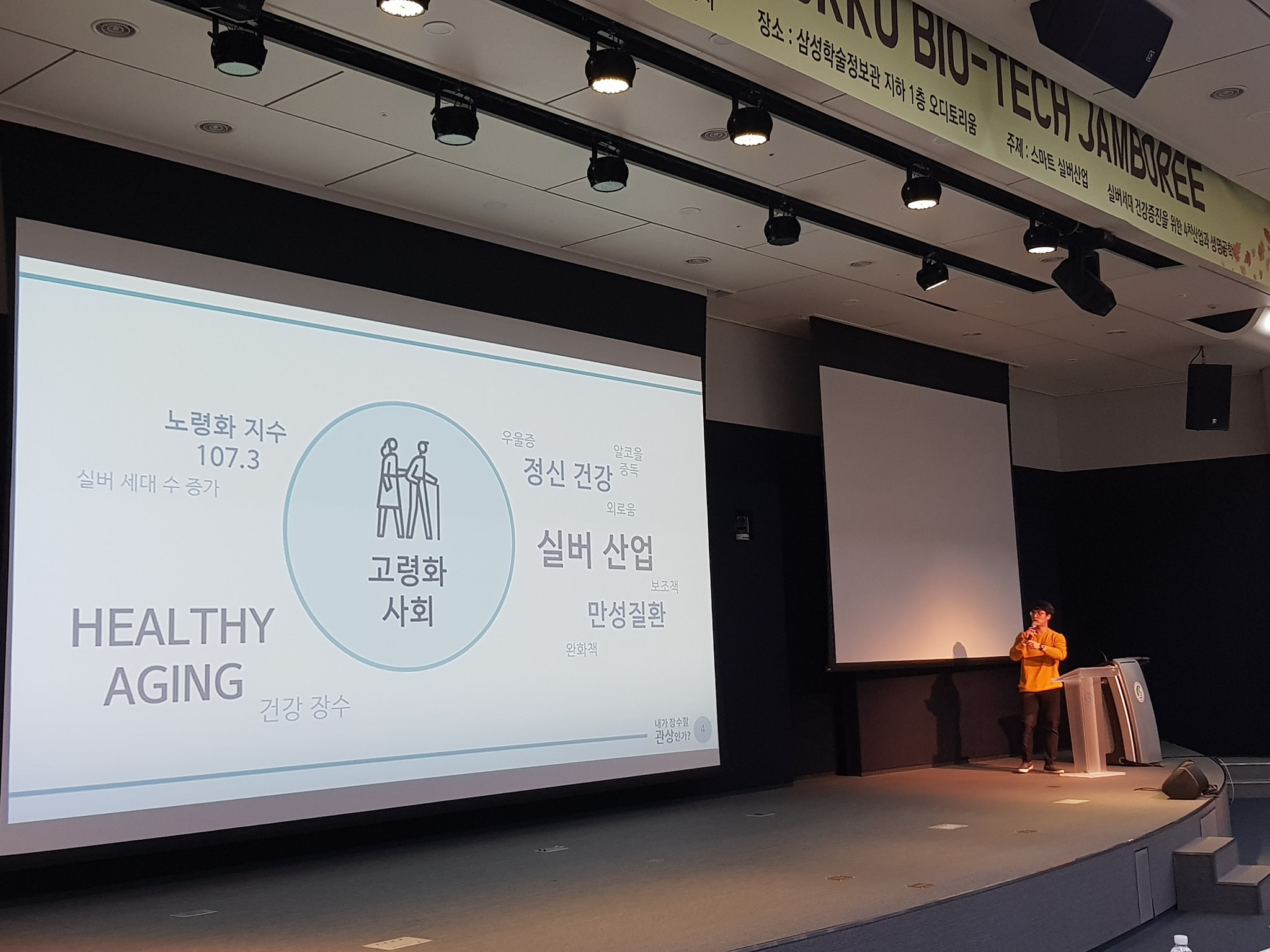 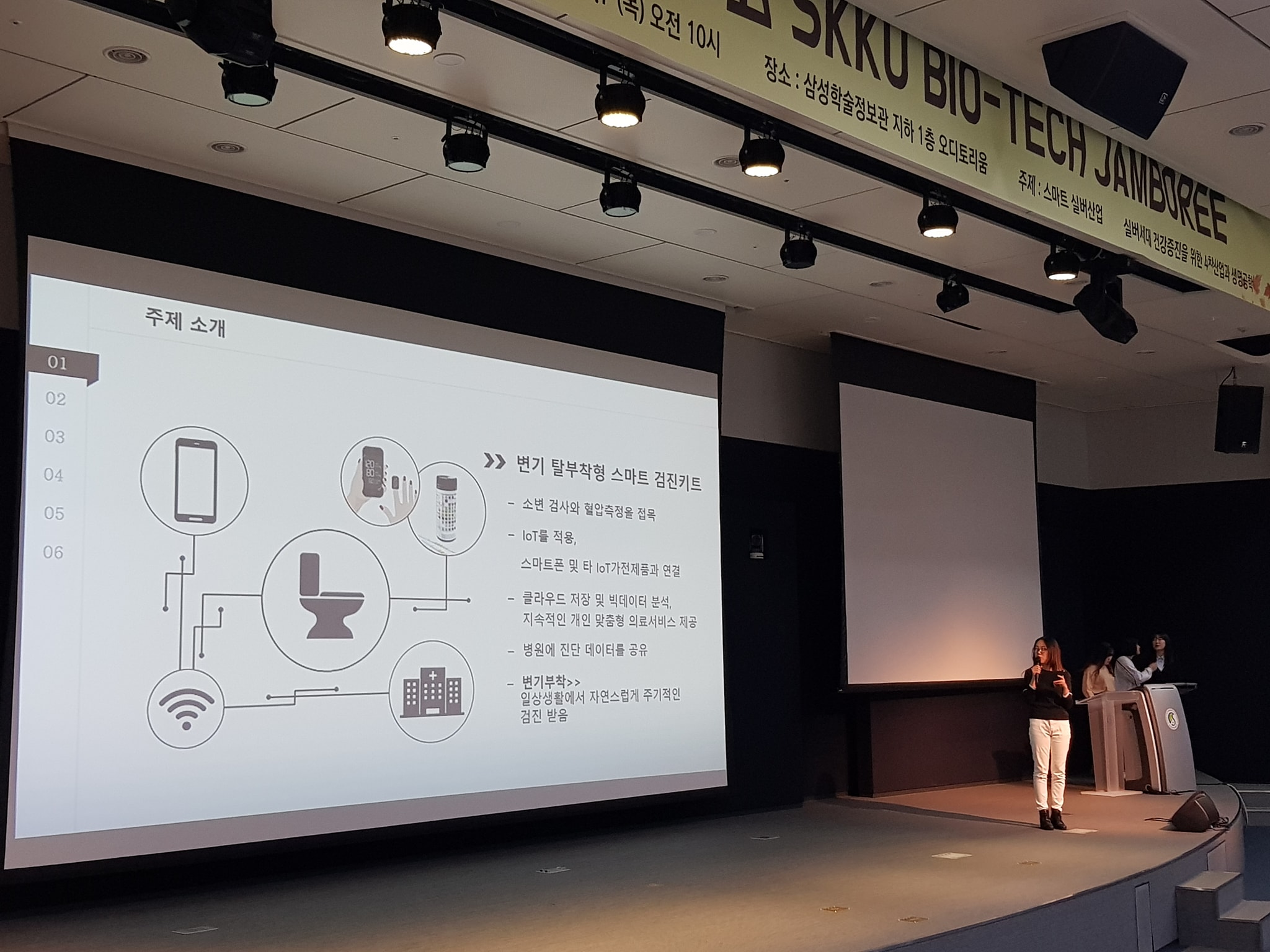 In preparation for the aging population and the growth of the elderly population, Jamboree sought to create a market for the silver generation only from the perspective of the 4th industrial age. The student contest was held under the theme of <Smart Silver Industry: 4th Industry and Biotechnology for Health Promotion of the Silver Generation>. Five teams selected in the preliminary tournament in mid-September advanced to the finals and ranked first to third in consideration of the student's evaluation. 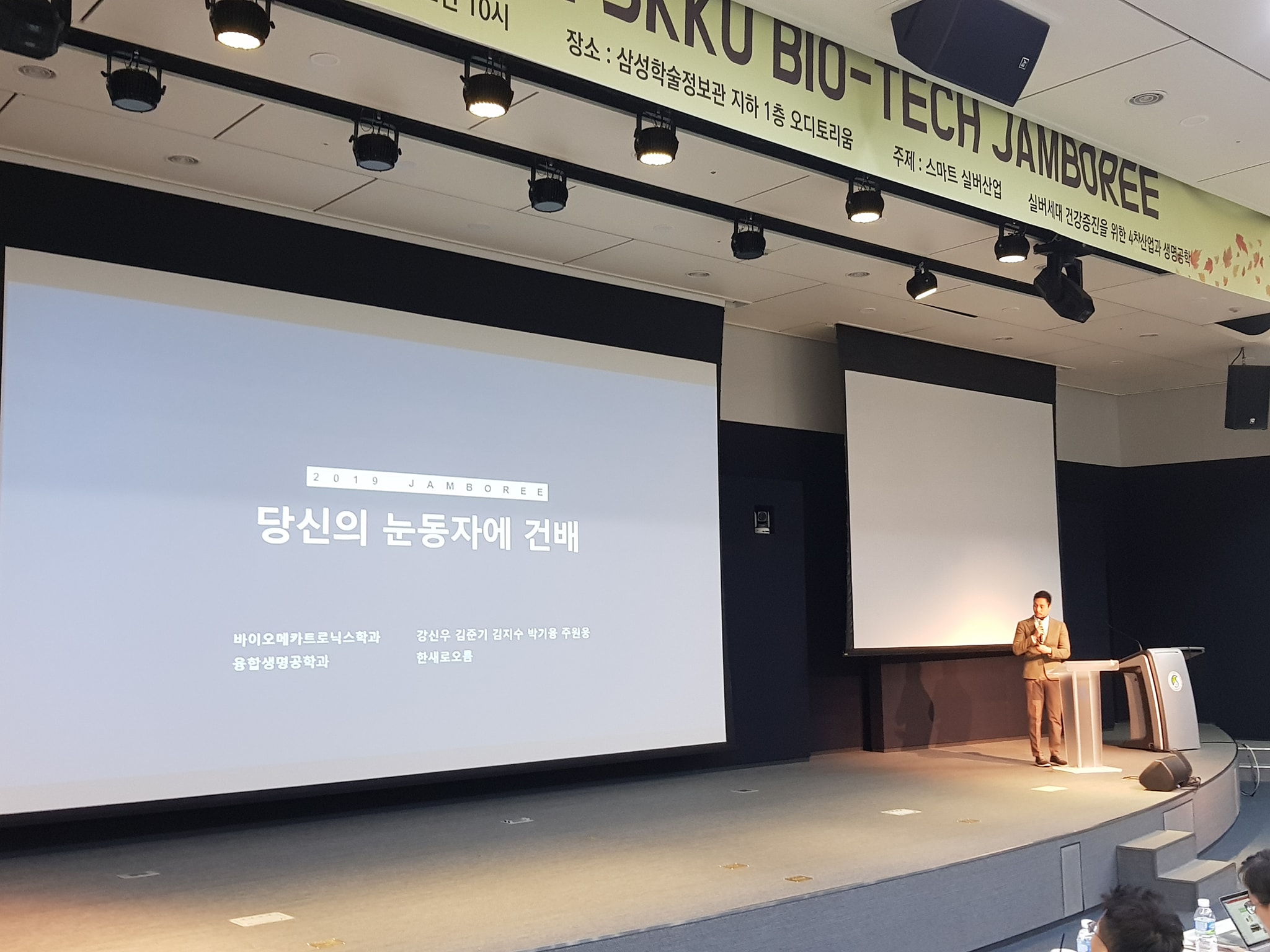 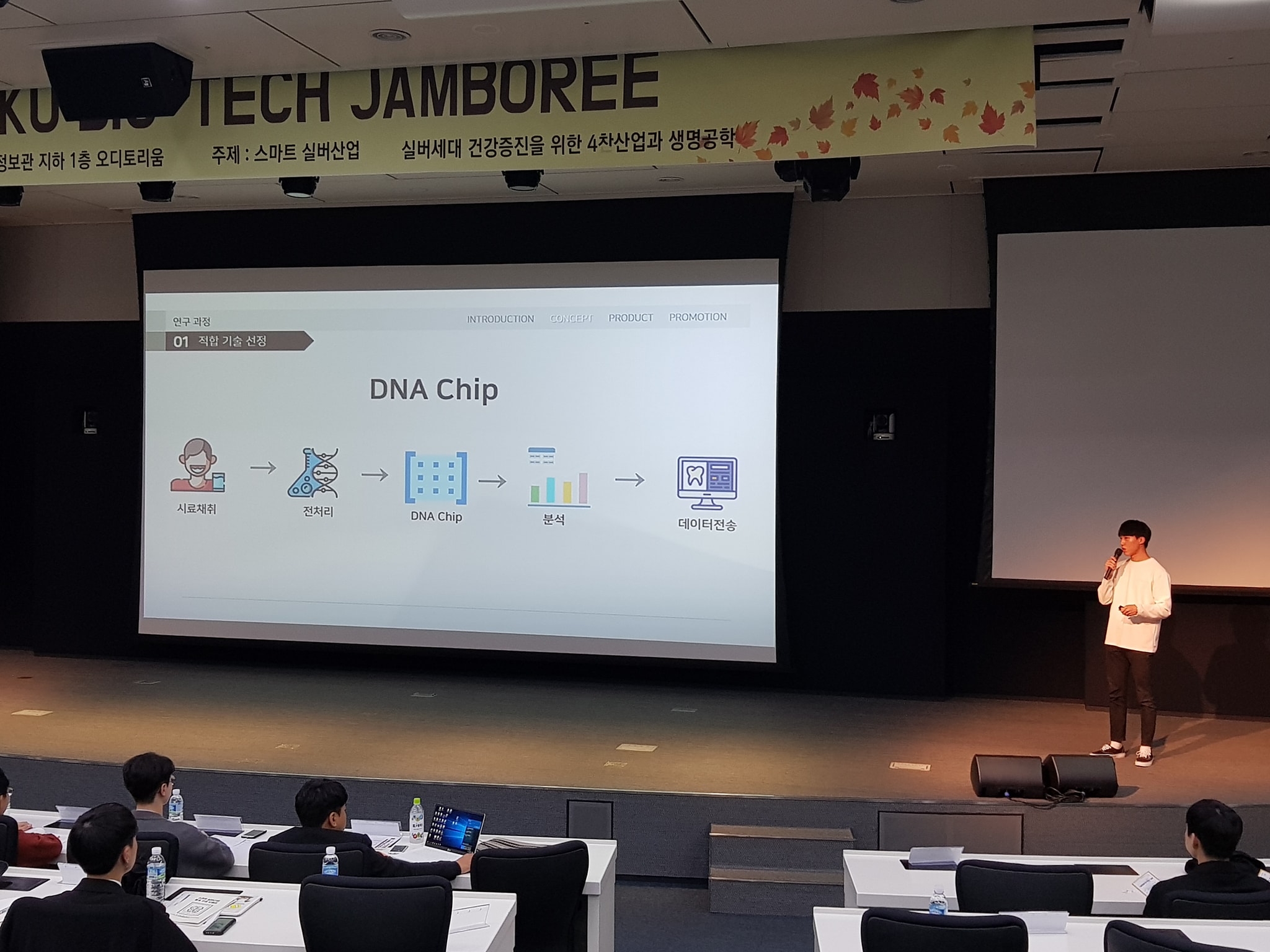 After the contest, Sang-Hyun Mo, CEO of BIO-FD & C and a graduate of Dept. of Genetic Engineering (Dept. of Intergrative Biotechnology in present) at Sungkyunkwan University, gave a special lecture on the theme of <About the Goal and Immersion: Creation and Commercialization of Ideas>. It has become a valuable and meaningful time for students who live in the Fourth Industrial Revolution era to deliver the necessary attitudes of learning and thinking from an industry-academy perspective. 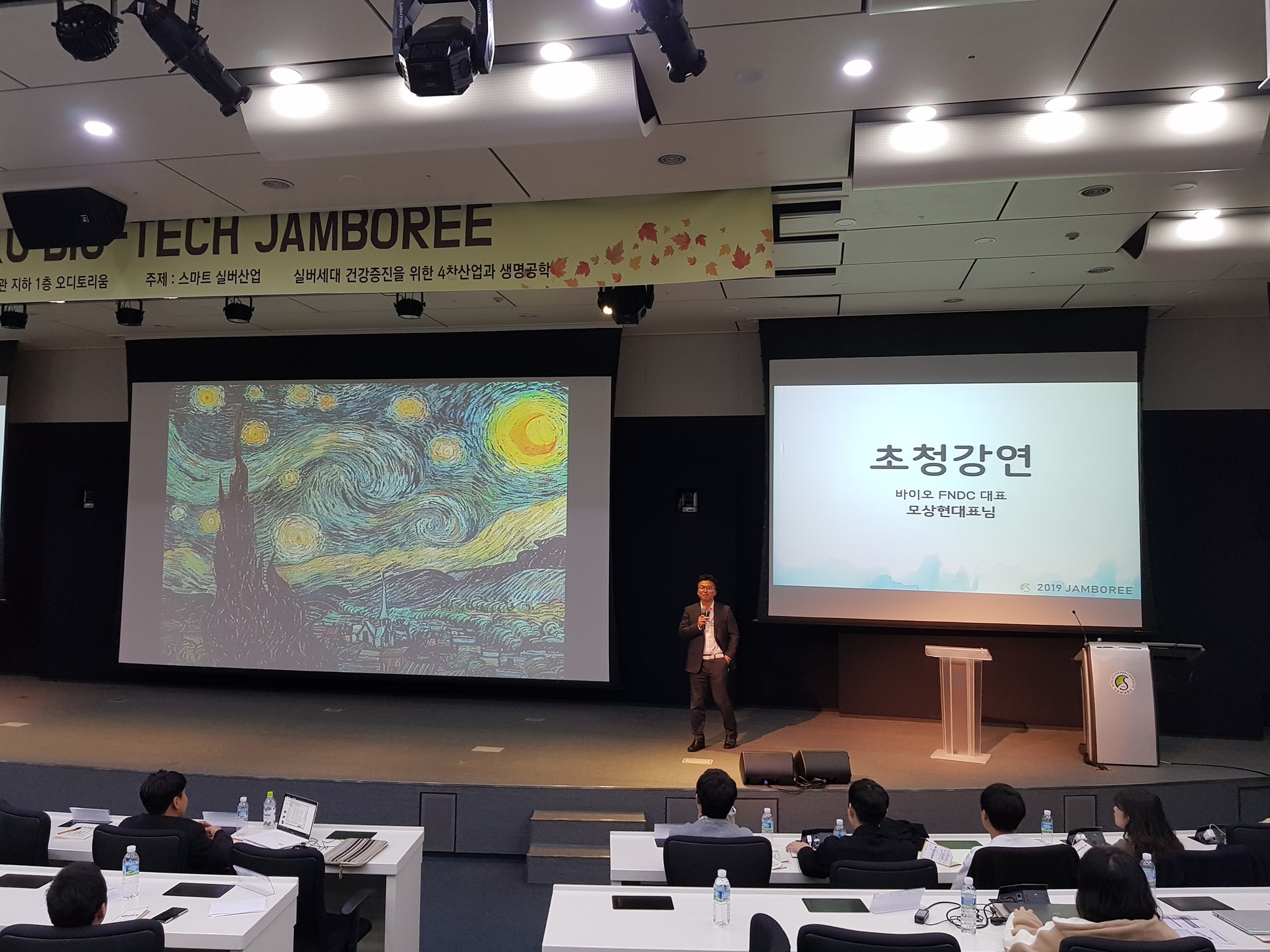 After the completion of Jamboree, various events were held, including congratulatory speeches of Deans of each department, recreational games for each major, and club performances. The event, which was successfully completed with the active participation of the members of College of Biotechnology and Bioengineering, was an opportunity to share the joy of university life and to build solidarity among the members.