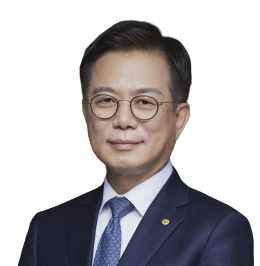 The College of Confucian Studies and Eastern Philosophy is considered to be one of the top colleges at Sungkyunkwan University. It is the home of education subjects based on Confucianism, that includes Korean Philosophy, Chinese Philosophy, and Eastern Aesthetics. Also, as the world's oldest college, it has inherited the tradition of Sungkyunkwan since Taehak was established in Goguryeo.

Confucianism is the system of philosophy that defines political ideology, social ethics, and family values in East Asia, and it has been one of the most influential human moral civilizations since the Axial Age. However, at the same time, it has been criticized under the influence of the western philosophy of enlightenment, because it was considered as the truth until 20th century that modernization is the process of instrumental rationality, due to the fact that modern civilization belongs to materialism, instrumental rationality, positivism, and scientism.

While the special graduate school provides a master’s course in two majors - Confucian Classics and Korean Thought and Calligraphic Art and Oriental Aesthetics. Graduate students can become experts in Confucianism, Korean Philosophy, Chinese Philosophy, and Aesthetics through the graduate programs.

In addition, we provide adult educational programs, such as Confucian Leadership and Eastern Cultural Studies, and we have striven to popularize confucianism and eastern culture.

Furthermore, a special organization, called ‘Yanghyeonjae' (養賢齋), offers outstanding students considerable financial aid and provides programs where students can learn Confucian classics. It has succeeded the tradition of ‘Yanghyeongo' (養賢庫), which was the scholarship organization of Sungkyunkwan in Gorye dynasty, through to the Joseon dynasty and into present day.

Finally, we always need your support and encouragement to become the a world educational leader.

We appreciate your interest.