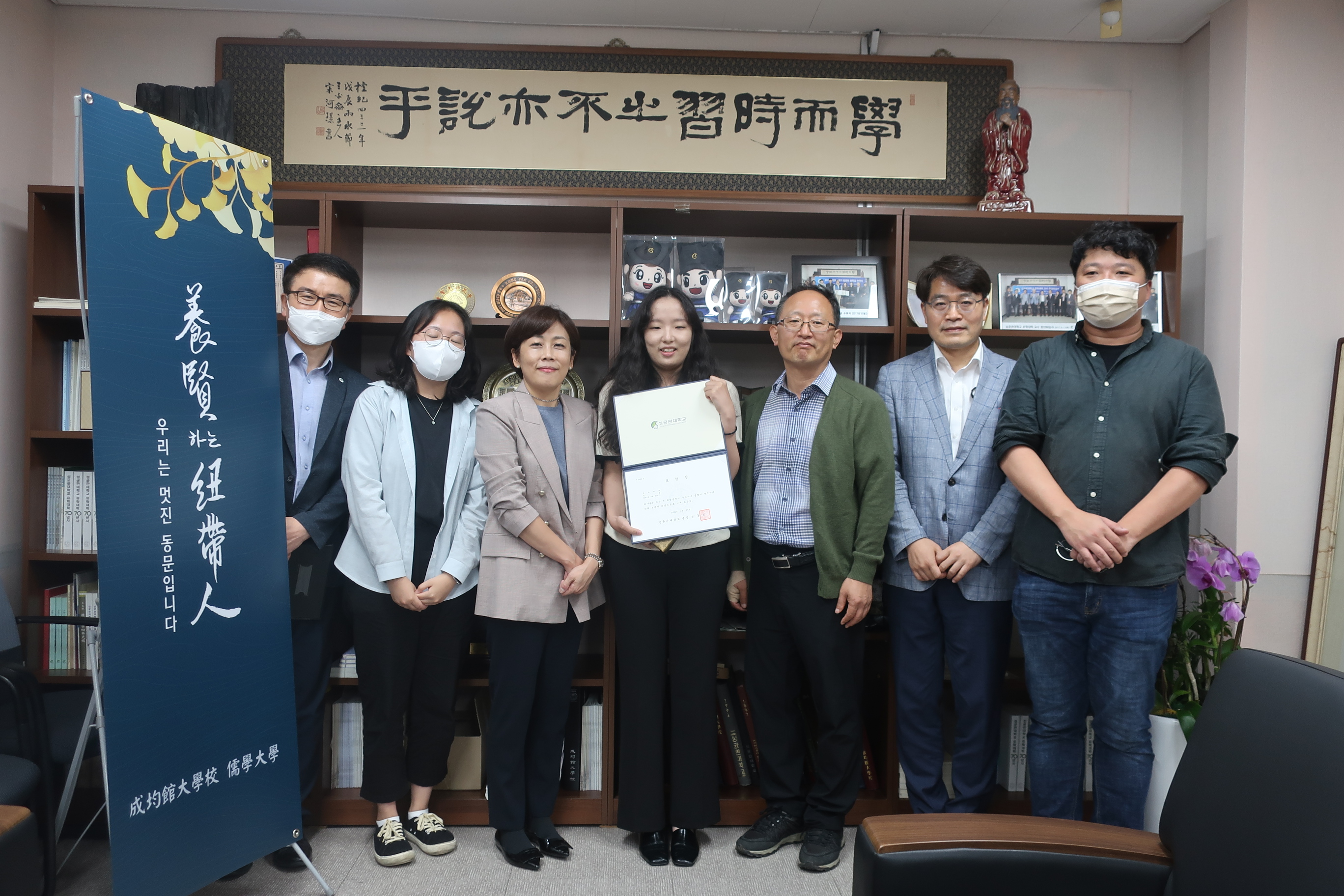 Jinham worked hard in the bachelor's program as a foreign student, and completed her work as a scholarship student for the BK project of the College of Study abroad. In addition, her doctoral thesis, "The Study of Jeong Je-du's 심학(心學)," was recognized for its excellence and originality, and also published papers in the domestic professional journals 『퇴계학보』 and 『동양철학』, so her research results as a researcher were highly evaluated.